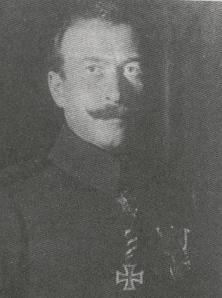 Selahattin Adil was born in 1881 in Istanbul. He graduated from the War Academy in 1902 and the Army Staff School in 1905. His first place of duty was the Arabian peninsula where worked as an engineering officer at the construction of Hejaz Railway. In 1908, he was promoted to Major and two years later he assumed the command of the 2nd Infantry Regiment. In 1911, he was sent to  Bucharest as the Turkish military attaché, but when war broke out in Libya, he joined the efforts of the Turkish officers there organising and leading the local resistance against the Italians.

After the Balkan Wars, Selahattin Adil Bey was appointed as the chief of staff of the Çanakkale Fortified Zone. In this capacity, he played a major role in organizing the defense of the Dardanelles, which proved to be impassable to the Allied fleet on March 18, 1915. He was also one of the key Turkish figures during the land battles when he was promoted to Colonel. For the remainder of the World War, he commanded the 12th and 13th Divisions. Following the armistice, Selahattin Adil Bey joined Mustafa Kemal's national movement and organised the resistance against the French invasion forces in southern Anatolia. After the liberation of these regions, he commanded the Second Army in major battles agains the Greek forces. He was made a general by then.

While Istanbul was still under Allied occupation, on November 23, 1922, the Ankara government appointed him as the Commander of Istanbul.  In October 1923, Istanbul was liberated and Selahattin Adil Pasha took over the city from the Allied forces. After the foundation of the Turkish Republic, Selahattin Adil worked for in different government positions and between 1950-1954 he served at the parliament as a deputy from Ankara. He passed away on February 27, 1961. The London Times announced his death under the headline "A Hero Died".