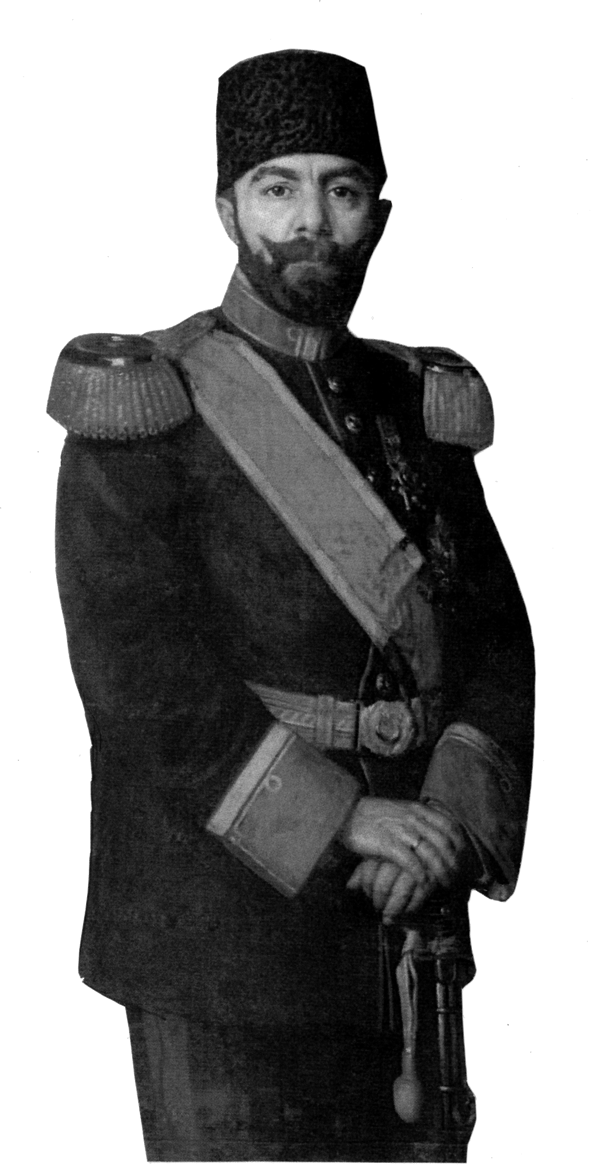 Ahmed Cemal was born on May 6, 1872, on the island of Lesbos. He graduated from the War Academy in 1893 and after completing the Staff School, he joined the General Staff at the rank of captain. One year later, on his request, he was appointed to the Military Engineering Department in Kırklareli.

In March 1898, he was sent to the Third Army in Salonica, where he had contact with the Committee of Union and Progress (CUP). He joined the CUP in 1899 and he was given the task to organise the military wing of the organisation.

Ahmed Cemal married Seniha Hanım, who was the niece of Mehmet Pasha, commander of the Serez Division. In 1905, he promoted to the rank of Major and one year later he became the inspector of Orient Railways Salonica Line. This position gave him the opportunity to organise CUP in the European part of Turkey and establish the local divisions. In 1907, he was appointed to the Staff of the Third army, where he worked with Mustafa Kemal Bey (Atatürk) and Fuat Bey (Okyar).

When the Constitution was proclaimed in 1908, he was a member of the 10-man delegation sent by CUP to Istanbul. On July 28 the same year, he was promoted to the rank of Lieutenant Colonel and was sent on a rehabilitation mission to Anatolia, only to come back to Istanbul to join the Liberation Army that suppressed the March 31 Rebellion.

In August 1909, he was appointed as the Governor of Adana, with the task of dealing with the Armenian revolts in the region. On year later, he returned to Istanbul due to health problems. In August 1911, he became a Governor again, this time to Baghdad. His task was similar; to deal with the Arab revolts.

When the Balkan War broke out, he returned to Istanbul and joined the war. He became a Colonel in October 1912, but soon he caught cholera. When he recovered, he continued to work as an army inspector in Istanbul.

Ahmed Cemal took an active part in the coup d’etat of January 23, 1913, the so called “Raid on the Sublime Porte”. This act had brought the CUP to power and Cemal got his share. He became the “Custodian of Istanbul”. In this capacity, he brought order to the capital and he also suppressed every kind of opposition against the CUP, using force. When this position was dissolved, he became the Deputy Commander of I Corps.

Ahmed Cemal joined the cabinet in November 1913 as the Minister of Public Works, but he did not stay at this post for long. The next month, he was promoted to General and in February 1914, he became the Minister of Navy.

In 1914, as the government was trying to find allies in Europe, Cemal Paşa had talks with the French, however when his efforts failed, he joined Enver Paşa and Talat Paşa supporting the Turkish-German alliance. When Turkey entered the World War, he remained as the Minister of Navy but he also took the post of the commander of the Second Army. In November 1914, he left the Second Army and became to commander of the Fourth Army in Palestine. 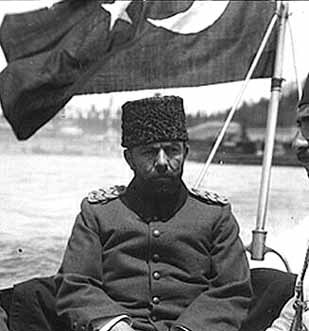 As the commander of the Fourth Army, Cemal Paşa was the architect of Turkish effects to take the Suez Canal from the British. Two major campaigns to achieve this purpose have failed in 1915 and 1916. Cemal Paşa also dealt with Arab leaders opposing the Ottoman rule in the region. Eleven of them were executed in August 1915 and another 21 shared their fate in May 1916.

Following the armistice after the end of the war, Cemal Paşa left Turkey on November 2, 1918, together with Enver Pasha and Talat Pasha. He disembarked from the German submarine in Evpatoria on the Crimean peninsula and from there he went to Berlin on a special German train. After twenty days in the German capital, he went to Munich; obtained a fake passport through a German professor he knew and began to live disguised as a Bosnian named Halit Babovic. Later, he moved to Switzerland but returned to Berlin in May 1920 and travelled to Moscow. He attempted to have some talks with the Soviet government as the representative of both the CUP and the Ankara government. He believed that the peoples of the East should be freed from British domination.

Meanwhile, he was tried in absentia by a Military Tribunal in Istanbul and sentenced to death. In July 1920, he left Moscow and went to Tashkent to organise the Turkish officers there, who were freed from Russian captivity. In September the same year, he arrived in Afghanistan, where he spent some time to cooperate with Amanullah Khan and organize the Afghan Army. 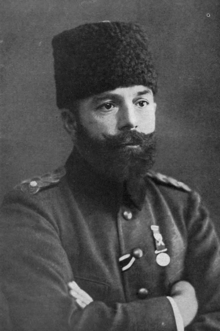 In 1921, he went to Bukhara to meet Enver Pasha, but when this attempt failed, he returned to Moscow. For nearly one year he travelled between Russia and Germany to obtain weapons and other materials for the Afghans. During this time, he was looking for a way to return to Turkey and settle there.

On July 5, 1922, he left Moscow for Tbilisi. There he met the representative of the Ankara government, Muhtar Bey, and sent one of his colleagues to Ankara, to obtain permission to enter Turkey. He did not live to see the results of these attempts. On July 21 1922, around 11 pm, that day as he was walking on one of the main streets of the Georgian capital, he was shot by two gunmen who were chasing him. Cemal Pasha and his aide Nusret Bey died on the spot. Another aide, Süreyya Bey, managed to survive the first shots, but the assassins caught him.

There is still some uncertainty about who assassinated Cemal Pasha. For decades, official histories stated that he was murdered by two Armenian gunmen. After the incident, two Armenians, Karakin Lalaian and Sergo Vartanyan were arrested and they confessed that the assassination was planned by Dashnak committees.

However, latest research revealed that it was actually not Armenians, but the Georgian secret police taking orders from Moscow. A professor from Baku State University in Azerbaijan, Prof. Musa Kasimov, writes that the assassin was Sergo Lobadze, who was working for the secret police in Georgia. Lobadze himself was murdered seven months after the incident and the motivation behind Moscow’s decision to eliminate Cemal Pasha was to prevent him from entering Turkey again, because, after spending time in Moscow, Central Asia and Caucasus, he was in possession of vital information and documents that could turn the public opinion in Turkey against the Soviet Union. The fact is, however, that his assassination remains a mystery to this day.

Cemal Paşa was buried in Tbilisi, but later his remains were brought to Turkey and reburied at the military cemetery in Erzurum.