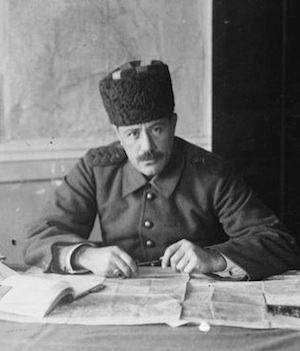 Abdülkerim was born 1872 in Salonica. He graduated from the Military Academy in 1885 and the War College in 1898. He took part in the Balkan Wars, during which he se served first as the chief-of-staff of the I Corps and laster as the head of the military tribunal in Edirne.

By the time the Ottoman Empire entered the First World War, Abdülkerim was the commander of the 32nd Division in the Caucasus. In March 1915 he was appointed as the commander of the XI Corps, he served as a group commander and deputy commander-in-chief of the Third Army, before assuming the command of the XX Corps on November 20, 1916. With this corps, he fought in Palestine and Macedonia.

After the armistice, Abdülkerim Pasha served on military tribunals, and passed away on January 16, 1923.