The entire world was amazed when the French brothers Auguste and Louis Lumière held the first screening of a projected motion picture on December 28, 1895 in Paris. This historical presentation featured ten short films each running for around 50 seconds. News of this event reached Istanbul very soon and one of the most prominent photographers in the Ottoman Empire, Theodore Vafiadis, sent a letter to Lumière Brothers, asking them for more information on this innovation. The response received by Vafiadis was negative, however it would not take long for cinema to be introduced in the Ottoman Empire. In 1897, a cinematographer working for the Lumières, Jean Alexandre Promio, visited Istanbul to shoot a series of scenes, including one on a boat in the Golden Horn. He was followed by other cinematographers, such as Felix Mesguich, Francis Doublier, Charles Moisson and Maurice Perrigot. 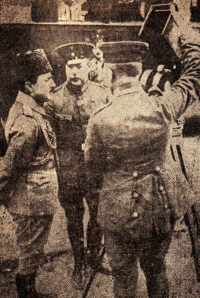 The first film screening in Istanbul was held at the Yıldız Palace for the Sultan, followed by a public screening organized at Sponeck, the famous beer hall in the Ottoman capital. This event was arranged by the representative of the Pathé Fréres company, Sigmund Weinberg, a Polish Jew born in Romania. The audience was stunned! They watched steaming ships, bullfighters in Spain, trains riding past stations in Europe and many more. The excitement was so great that, as told by Ercüment Ekrem Talu, some of the spectators jumped from their seats so that train would not hit them. This first screening at Sponeck was followed by a second one held at a coffee house in the Şehzadebaşı district of Istanbul.

It would take until 1908 for a permanent movie theater to be opened in Istanbul. According to Nijat Özön, this was due to the paranoia of Sultan Abdülhamit who had banned the use of electricity due to his fear from being assassinated. The first movie theater in the Empire was opened by Sigmund Weinberg, after the restoration of the constitutional rule in 1908. Pathé Sineması was located at the Tepebaşı district of Istanbul (at the location which currently hosts the studios of TRT – Turkish Radio Television).

One of the regular patrons of the movie theater was a young man named Fuat Efendi (Uzkınay) who was working at the physics lab of Lycée de Galatasaray. He was greatly enthusiastic on dcinematography and watching movies from the projection booth, he soon learned how to screen footages. Together with a history teacher from his school, Şakir Efendi (Seden), he began to organize screenings at Lycée de Galatasaray.

In November 1914, the Ottoman Empire entered the World War and the government was aware that propaganda activities were necessary to popularize the war efforts. The first step to be taken was to demolish the Russian monument erected during the Turco-Russian War of 1876-77 at San Stefano (Ayastefanos; current-day Yeşilköy, in the suburbs of Istanbul) and to film the whole event so that it could be shown to larger audiences. First an Austrian company was commissioned to do the filming, however later it was decided that such a patriotic event has to be filmed by a Turk.

The task was given to Fuat Efendi, who was then under arms as a reserve officer. The problem was that while he had mastered film screening, Fuat Efendi did now know how to shoot a film. It is told by several film historians that Austrian experts taught Fuat Efendi and on November 14, 1914 the Russian monument was demolished with Fuat Efendi shooting the event with his camera positioned 15 meters to the demolition site. The outcome, a 150-meter long film titled Ayastefanos Abidesinin Yıkılışı (Demolition of the Monument at San Stefano), has become the first motion picture shot by a Turk in Turkey.

Demolition of the Russian monument at San Stefano

Has it? There is still a cloud of mystery surrounding the “first Turkish film. Ayastefanos Abidesinin Yıkılışı has disappeared shortly after it has been shot or it might have never existed as well. Burçak Evren discusses several theories about what really happened 14 November 14, 1914. One problem with the above detailed account is that the demolition could have been a spontaneous event instead of one that was planned in advance. In that case it would be impossible to organize a shooting. However, then it would also be difficult to explain why there exist photos that depict every single stage of the demolition process. It is also said that Fuat Efendi might have failed to operate the camera and shoot the film, but, worried about his superiors’ reaction, he might have pretended to have shot the movie. Another theory is that the film was shot, but it has either been stolen or lost. Whatever happened on that day, it does not change Fuat Efendi’s well-deserved place in history as the pioneer of Turkish cinema.

Nijat Özön writes that this first movie would not be followed by others if it was not for the propaganda requirements of the war. In 1915, during his visit to Germany, the Minister of War, Enver Pasha, watched footages taken by the German Army for purposes of propaganda and training. The Germans had even made a film of Enver’s visit to a shooting range in Germany. Deeply impressed by what he has seen, Enver Pasha ordered the establishment of a cinematography branch in the Ottoman Army, modeled after its German counterpart.

The Central Army Cinematography Office (Merkez Ordu Sinema Dairesi) was established in 1915 with Sigmund Weinberg as its director, Fuat Efendi as the assistant director, and two co-workers, Mazhar Efendi (Yalay) and Cemil Efendi (Filmer). According to its statute, the Central Army Cinematography Office was to produce and screen footages on: i) Operations of the army units at the front; ii) Important events; iii) Activities of military factories; iv) Instructions for new weaponry arriving from allied countries; v) Military maneuvers.

In its earlier stages, this office shot footages, which were not directly related to its main purpose of military propaganda. Some of the first footages were titled Enver Paşa’nın Atları (Enver Pasha’s Horses) and Enver Paşa’nın Eşi Naciye Sultan’ın Yeni Doğan Çocuğu (The Newly Born Child of Enver Pasha’s Wife Naciye Sultan). Erman Şener argues that these first attempts were still very useful, because with them, Weinberg and Fuat Efendi really learned how to shoot motion pictures.

The Central Army Cinematography Office was dissolved in 1918, however during its short life, it managed to produce a significant number of documentaries and newsreels using mostly camera equipment from Germany and Austria. These footages were not only screened to soldiers for motivation, but also to the public, at a theater established at the military museum in Hagia Sophia (Müze-i Askeri Sineması). A partial list of the Office’s productions is as follows:

In 1916, the Association of National Defense (Müdafaa-i Milliye Cemiyeti) opened a cinematography branch, to be led by Kenan Efendi (Erginsoy). Meanwhile, the pioneers of cinematography in Turkey also experimented with feature films during the war. Weinberg made a deal with the theater company of Arshak Benlian and began to shoot Leblebici Horhor (Horhor the Roasted Chickpea Vendor). After the death of one of the leading parts, Weinberg cancelled the project and embarked on a new one, Himmet Ağa’nın İzdivacı (The Marriage of Himmet Agha). This movie could not be completed either, since most of the actors were enrolled to the army and Weinberg was himself fired after his home country Romania joined the war against the Central Powers. In 1917, Sedat Semavi produced two feature films, Pençe (The Fang) and Casus (The Spy) on behalf of the Association of National Defense. In 1918, Fuat Efendi completed Weinberg’s Himmet Ağa’nın İzdivacı.

The war ended in 1918 and according to the resolutions of the armistice, whatever the cinematography equipment the two institutions, the Central Army Cinematography Office and the Association of National Defense, possessed had to be surrendered to the occupation forces. In order to escape this obligation, the equipment was transferred to the Veterans’ Association (Malin-i Guzat-ı Askeriye Muavenet Cemiyeti). 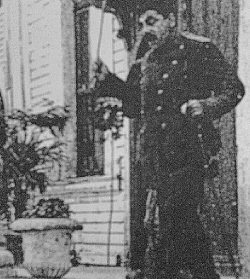 The Veterans' Association completed unfinished documentaries and produced three feature films. The first two films, shot by Ahmet Fehim Efendi in 1919, were titled Mürebbiye (The Nanny) and Binnaz (Binnaz). Mürebbiye was the adaption from one of the most popular novels of the time by Hüseyin Rahmi and the associated theatre play created by Ahmet Fehim himself. It was the story of a French nanny working in Istanbul and the film was implicitly criticizing the existence of “foreigners” in the Ottoman Empire. This satire soon caused eyebrows to raise and the occupying forces banned its screening outside Istanbul. Binnaz was an adaptation of Victor Hugo’s Marion Delorme by Yusuf Ziya Bey (Ortaç).

During the War of Liberation, the cinematography equipment was transferred to the Army Film Shooting Center (Ordu Film Çekme Merkezi) established by Mustafa Kemal’s National Army in Ankara. As the war neared its end and the Greek troops were retreating from Anatolia, this center produced a documentary titled İstiklal, İzmir Zaferi (Liberty, the Victory of Izmir) in 1922. The same year the first private film company, Kemal Film was established. It was the end of the first stage in Turkish cinema, marked by the monopoly of the armed forces in film production.