The war caused severe economic problems for the Ottoman government, which was not prepared for the consequences of such a conflict in the first place. The country was suffering from a lack of both material infrastructure and financial means, and whatever there was available had to be devoted for immediate military purposes. The war changed the economic and social structure of the Ottoman society completely. 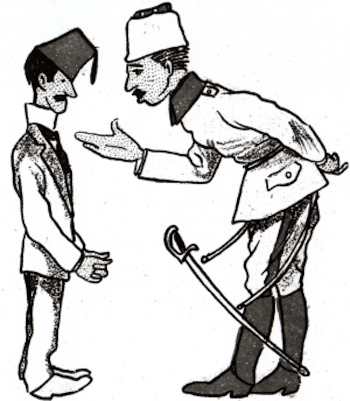 Asking the people to sacrifice, cartoon by Sedat Simavi | Diken, 1919

As Zafer Toprak argues, it was not only the damage of the war that had influenced the Ottoman economic order; it was also the structural changes caused by the war economy. The First World War was the first instance for the Ottoman Empire to face the notion of a total war. All the external economic linkages were cut and the country was left on her own for survival. All the resources that the Empire had were mobilized and the rural parts of the country were opened to urban markets. The increase in demand caused by the requirements of war efforts militarized the economy, whereas those who were not under arms had to sacrifice continually and reduce civilian consumption as much as possible so that the war machine could go on. The economy and the market were under the absolute control of the state in general and the army in particular.

The year 1914 had actually started with good signs for the Ottoman economy. The harvest that year was exceptionally good all over the country and small industries had begun to flourish. In fact, there was a feeling in the international community that the economic prospects of the Ottoman Empire was brighter than ever before and a new era of industrial and commercial activity was about to dawn all over the country.

The war turned these prospects upside down. With the order of mobilization on August 2, 1914, all able bodied men were called to arms and draft animals were requisitioned. This sudden (and poorly organized) removal of men and animals, which in peace time made up the labor force of Ottoman economy, resulted in the collapse of both agriculture and industry, which could only partially be recovered through the employment of female labor force. What mattered were the army and the military objectives.

We are fighting for our existence. We cannot be expected to think, at so vital a time, of secondary matters like agriculture and commerce. (Enver Pasha)

Another economic effect of the mobilization was the sudden increase in the demand for cash. General requisitioning of goods for military efforts were not confined exclusively to goods of military necessity, but it covered almost everything. In order to escape requisitioning, merchants began to sell their stocks for any price they were offered. Since everybody wanted to sell and few were willing to buy, prices in production centers began to go down, and the prices in large consumption centers, such as Istanbul, skyrocketed. Meanwhile, since certain classes of soldiers were given the opportunity to be excused from military service in return for a payment, the demand for cash increased further, leading to rush to banks and eventually a collapse of the banking system. 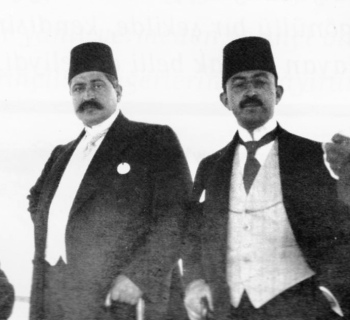 In the face of these economic difficulties, the general economic policy of the government was characterized by, in the words of Ahmed Emin, a “neglect of the present and concern for the future.” The Sublime Porte was less interested in the grave consequences of the wartime economic conditions than it was in the post-war measures and prospects. On the other hand, the economic problems provided an opportunity to the proponents of economic nationalism, i.e. self-reliance based on industrialization rather than western type of decentralization and economic liberalism.

The idea of economic nationalism was not a new idea; it had its roots in the revolution of 1908. However, since the Ottoman Empire was bound by free trade treaties and the Capitulations, which had given the foreigners a privileged position in the commerce of the Ottoman Empire at the expense of the sovereignty of the latter, supporters of economic nationalism in the government could do nothing to change the policies of the Ottoman regime. In the pre-war period, the Ottoman economy was so much under the influence of the European powers that foreign merchants were free from certain taxes; they enjoyed the protection of their embassies and were not in any real way within the jurisdiction of Ottoman courts. The Ottoman government could not even change its uniform customs tariff without the permission of the European powers.

The outbreak of the war gave economic nationalism the opportunity it needed. The government took advantage of the freedom of action created by the war in order to, again in Ahmed Emin’s words, “correct some of the old economic wrongs” and adopted its policies accordingly. In this regard, the chief purpose of the government’s economic policy was to achieve full economic independence, to “Turkify” the business community and to develop the economic resources that the country possessed. Western capital and know-how was not rejected, but it had to be combined with Turkish labor, entrepreneurship and capital. The problem was that whereas this policy was good in intention and face value, actual conditions of the country were not mature enough for this policy to be implemented, and the short-term necessities in a time of war were being sacrificed for longer-term development plans.

Abolishment of the capitulations 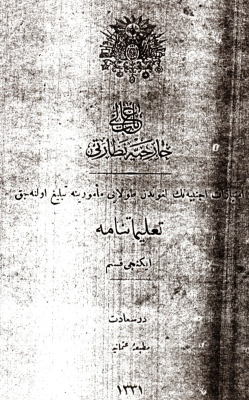 The first concrete step taken was the abolition of the Capitulations. A law dealing with the status of the foreigners in the Ottoman Empire abrogated all the concessions and privileges provided for foreign merchants. Moreover, on March 3, 1916, the ad valorem customs tariff was abolished as well and replaced by a differentiated tariff based on the idea of protecting domestic industries such as agriculture, food, cement and textile, whereas imports of agricultural implements and other sorts of machinery used in production were exempted from duty. Thirdly, the government declared a moratorium on payments on external debt, most of which was held by the citizens of France, Germany and Britain.

Abolishment of the pre-war privileges of foreigners was only the first step of an aggressive economic nationalism developed during the war. The motivation was not only breaking the influence of foreign powers on the national economy, but also taking over the fields of activity hitherto monopolized by non-Muslims, since the departure of non-Muslim peoples in large numbers during the war had created a large shortage of skilled workers. To that end, the creation of a Turkish business class was of vital importance. Steps were taken in this direction during the war, such as inducing public utility companies with foreign capital organized legally as Turkish companies, taking measures to encourage the employment of Turks and giving young Turks more opportunities and training to help them prepare for a business career.

During the war the government took a series of concrete measures to serve its policy of building a national economy. These measures included the establishment of the Bank of National Credit (Crédit National Ottoman; İtibar-ı Milli Bankası) in 1917, reorganization of the Agricultural Bank (Ziraat Bankası), employment of foreign economic experts, creation of the Office of War Industry (Harp Sanayi Ofisi) in all provinces, standardization of the national currency by a special law (Tevhid-i Meskukat Kanunu) and the extension of the Law for Encouraging Industry (Teşvik-i Sanayi Kanunu) originally passed in 1909. The revised version of the Law for Encouraging Industry implied that all employees and laborers in factories, with the exception of technical experts, were to be Turkish citizens; every new factory was to receive government support; and foreign companies and individuals were to be gradually excluded from the privileges granted by the law.

The measures taken by the government had some positive impact on the domestic industry, however shortages in manpower and raw materials severely limited the prospects of industrial growth. The war consumed all the resources of the Empire and there was not much left to support the industry. Şevket Pamuk estimates that the Ottoman gross national product declined by 30 to 40 percent during the war. It was only in the late 1930s that the per capita income in Turkey reached its pre-war level, and for real wages, this occurred not earlier than the 1950’s. Finally, it has to be noted that the economic policies of the Ottoman government during the war significantly influenced the economic ideology of the new nation state, Turkey, for which self-sufficiency and economic nationalism remained as leading priorities at least until the end of the Second World War.