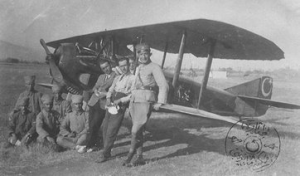 The SPAD XIII was among the most successful fighters of the First World War in a class with the legendary Fokker and Sopwith Camel. It was designed in France and in addition to the French, they were also used by the British, Belgians, Russians and Americans. During the war, SPAD XIII was not a regular fighter plane of the Turkish Air Forces. The three planes that were used were captured from the enemy. The first one was an emergency-landed plane in Serme-Iraq whose pilot was murdered by the locals before the plane was found by the Turks. The remaining two were captured in Arabia together with the crew.