This model's inaugural flight took place in 1913. In March 1915, the German government donated 22 of them to Turkey, however only 18 were deployed by the Turkish air force. The remaining four were confiscated by Bulgarian and Serbian authorities during transportation. Although these planes were given reconnaissance and air combat duties during the earlier years of the war, they were later used for training as more advanced models appeared.

This model's inaugural flight took place in 1914. In March 1915, Germany sent seven C1 planes to Turkey, followed by eight C2. These models remained in service until 1922. They are one of the models that took part in the Turkish War of Liberation. 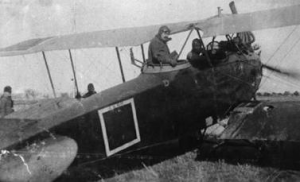 This model's inaugural flight took place in 1915. Next year, they began to be deployed in Turkey. A total of 66 C3 planes were deployed and they remained in service until 1922. It is one of the models that took part in the Turkish War of Liberation. 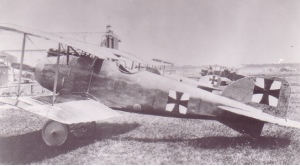 The D2 model started to be deployed by Turkish air forces in July 1917. However the number was limited to three planes since it was followed by the upgraded model D3 starting from March 1918. 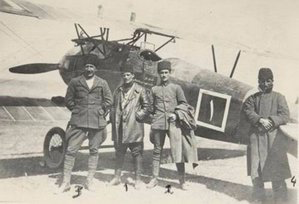 The D3 model began to be deployed in Turkey in March 1918. Until October 1918, Germany supplied 29 planes of this model, 10 of which were without engines. They remained in service until 1922 and they participated in the Turkish War of Liberation. Two planes of the upgraded model, D4, were brought to Turkey near the end of the war. 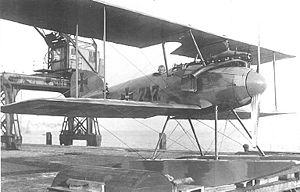 The W4 was originally ordered by the German Navy in May 1916. It is a single seated biplane with an air combat duty. The first three prototypes were tested in 1916 in Germany and the next year, five planes were sent to Turkey for the use of the German Navy's Coastal Defense flying units.