By mid-1918, the Ottoman Empire was totally exhausted after almost four years of fighting in several different fronts. Militarily the situation was no more tenable following the rapid collapse in Syria and Macedonia. In September 1918, British forces had achieved a breakthrough in Palestine, Damascus had fallen in October, and the Ottoman forces had to make a retreat, all the way to the north of Aleppo in Syria. In the meantime, Ottoman forces in Mesopotamia were withdrawing to Mosul. There was a similar situation in the Macedonian front, which had been silent since 1916. In September 1918, the Allied forces launched a sudden offensive; the Bulgarian army was defeated, which had led to an unconditional surrender of Bulgaria on September 29. With Bulgaria out of action, the link between Turkey and its ally Germany was broken, and Turkish territory was left vulnerable to an enemy invasion. There was hardly any power left in the Ottoman Army to protect the capital of the empire, let alone to recover the lost territories. There were serious shortages in manpower, equipment, supplies, and most importantly, morale. In October 1918, the Ottoman Army numbered only 100 thousand men, i.e. less than 15 percent of its peak strength, which was reached in early 1916. No help could be expected from Germany, not only because the Bulgarian exit had severed the links, but also and mainly because Germany itself was in a very unfavorable situation militarily and economically.

In brief, the war was lost. Public discontent was rising fast, and being aware of the direness of the situation, the Young Turk government began to seek for an end to the hostilities. Grand Vizier Talat Pasha had visited both Berlin and Sofia in September 1918, only to find out that the alliance was not of any assistance anymore. The government sought out the United States to see if the Ottoman Empire could surrender to them and gain the benefits of President Wilson’s Fourteen Points. An approach was made through the mediation of neutral Spain, however, the Americans never responded. In the meantime, the Allied forces in Thrace were moving forward, and it was only a matter of time that Istanbul would be under threat. Being helpless against this situation, Talat Pasha’s government resigned on October 8, 1918, and was replaced by a cabinet led by Ahmet İzzet Pasha, a general with high reputation, and more importantly not a member of the Committee of Union and Progress (CUP). The new government, which took the office on October 14, clearly distanced itself from its predecessor and its wartime policies. 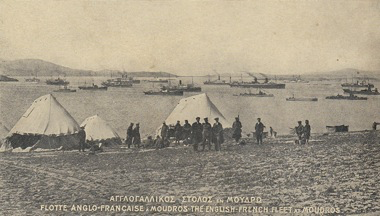 The new government made another approach to the Allies, this time through the British General Charles Townshend, who had been held as a prisoner-of-war on the island of Büyükada near Istanbul since the capture of Kut-al-Amara in 1916. Townshend was dispatched to meet with Admiral Somerset Arthur Gough-Calthorpe, commander-in-chief of the British Mediterranean Fleet, whose squadron was lying in anchor at Mudros harbor on the Aegean island of Lemnos. On October 23, Admiral Calthorpe informed the new Ottoman government that he was authorized to negotiate the armistice terms on behalf of the Allied forces. The British would conduct the negotiations with the Turks on their own, and they refused to admit French Vice-Admiral Jean Amet, despite his desire to join. 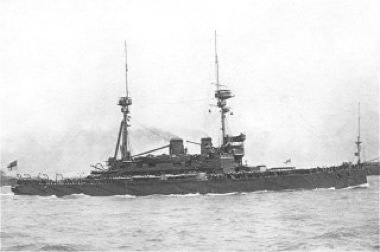 The Istanbul government sent a four-man delegation to the negations that were held on board Agamemnon, Calthorpe’s flagship, at Mudros harbor. The Turkish delegation was led by Rauf Bey, Minister of Marine, and included Lt.Col. Sadullah Bey, chief-of-staff of the Eighth Army; Reşad Hikmet Bey, under-secretary of the Ministry of Foreign Affairs; as well as Ali Fuad Bey as the scribe of the delegation. The Turkish delegation was equipped with instructions from Istanbul, however given the fragile and hopeless conditions of the Ottoman Army at the time, and the fact that functioning cable communication could not be established between Mudros and Istanbul, thus preventing the Rauf Bey’s delegation from consulting with the cabinet, the Turkish side on the Agamemnon did not have much bargaining power. 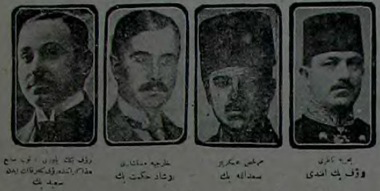 For four days the two sides discussed the terms of the armistice. The British, sitting at the table as victors, asserted that they were there not to negotiate the terms, but to have the document signed: If the Turks wanted an armistice, they had to accept what was offered to them. The Turks, however, had concerns. They were ready to accept the occupation of fortifications at the Dardanelles and the Bosphorus, but wanted assurances that this occupation would be executed by British and French troops, and not the Greeks or the Italians. Assurances were also needed for Istanbul not to be occupied. In addition to these, two articles of the draft of the armistice treaty raised concerns for the Turkish delegation. One article stated that the Allies would have the right to occupy any strategic point if they face a situation deemed to be endangering their security, while another stated that in case of disturbances in the six Armenian provinces, the Allies would have the right to occupy any part of these provinces. For the Turks, these clauses were not only making possible for the Allies to invade any part of the Empire they wanted and use force as they pleased, but also opening the way for Greek and Armenian nationalists to provoke Allied interference.

In his memoirs, Rauf Bey provides a detailed account of the negotiations in Mudros. He talks about how the Turkish delegation tried to change certain clauses in the draft, without much success, and how “his heart was aching when he thought that he would have to sign this armistice treaty as it is.” Rauf Bey also writes that they could refuse to sign the treaty:

Of course, we could. But what would happen then? If we’d refused to sign, the war would go on, and wen the war went on, we would keep on losing at all fronts, and we would be devastated in a short period of time. Not only Arab-populated places like Iraq or Syria, but also the existence and future of our homeland Anatolia would be jeopardized. (Rauf Bey in his memoirs)

In the end, Rauf Bey’s delegation decided to sign the 25-point armistice draft without major alterations. The only compromise they managed to obtain was to persuade Admiral Calthorpe to write a personal letter, in which he promised that only British and French troops would be used in the occupation of the Straits fortifications; and stated that he recommended to his government that (i) a small number of Turkish troops would be allowed to stay on in the occupied areas as a symbol of sovereignty, and (ii) no Greek troops were to be allowed to 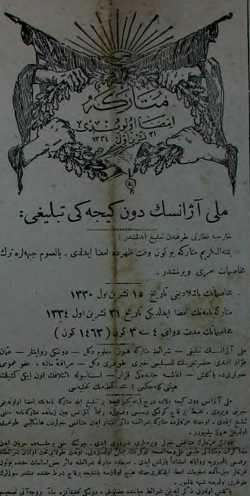 Ottoman newspaper reporting the signing of the armistice in Mudros | Tasvir-i Efkar, November 1, 1918

land on Turkish territory and that Istanbul should not be occupied as long as the Ottoman government could protect the citizens of Entente countries and their possessions there. The armistice was signed on October 30, 1918, to be effective as of noon the following day.

With the armistice, the Turks had to surrender their remaining garrisons outside Anatolia, and grant the Allies the right to occupy fortifications controlling the Turkish Straits as well as the right to occupy any territory in case of a threat to security. The Ottoman army was demobilized, and all ports, railways, and other strategic points were placed under the disposal of the Allies. In the Caucasus, the Turks had to retreat to the pre-war borders with Russia.

The armistice conditions were indeed draconian for the Turks, however a sense of optimism was maintained by the government and the majority of the public. The most important thing was that the war was over, and this gave relief and hope. Upon his delegation’s return to the capital, Rauf Bey claimed that the armistice did not constitute a surrender, Istanbul was not to be occupied, and there were also no political conditions attached. Ahmet İzzet Pasha was satisfied with the “easy armistice” that was concluded, and the Minister of Foreign Affairs, Mehmed Nabi Bey believed that the armistice “would not violate the sovereign rights of the Ottoman Empire and the terms of the armistice are relatively benign.” There was confidence in promises of the new world order based on President Wilson’s principles, and more importantly a majority of Turks believed in British fairness. Rauf Bey’s words when leaving Mudros, as stated in his memoirs, illustrate the mentality here:

The terms of the armistice are harsh. Nevertheless, we will determinedly work to fulfill them. We trust that the British government and nation are faithful to their signature and loyal to the promises they make. This belief encourages us for undertaking this difficult task that befalls on our shoulders. We believe that we are not mistaken in our confidence in the great British nation’s and its allies’ devoted obedience of their commitments and promises. (Rauf Bey in his memoirs)

After Mudros, as the Turkish public opinion began to debate the terms of the armistice and their possible consequences with respect to the future of the Empire, a series of subsequent events rocked the political scene in Istanbul. On November 1, 1918, the CUP held its last congress where it was decided to disband the organization. In the evening of the following day, the three pashas of the CUP triumvirate, Enver, Talat and Cemal, fled the country on a German torpedo boat.

Hopes flourishing after Mudros soon proved to be ill founded. On November 12, 1918, less than two weeks after the armistice, a squadron under the command of Admiral Calthorpe entered the Dardanelles and advanced towards Istanbul. This was the beginning of a period of occupation and resistance in Turkey, because as the Allies immediately started to occupy strategic locations, Turks came to realize that relying on external powers for the future of the country was misguided, salvation could only come from resistance. As Ahmet İzzet Pasha later wrote in his memoirs, the armistice marked the beginning of the nation’s self defense.